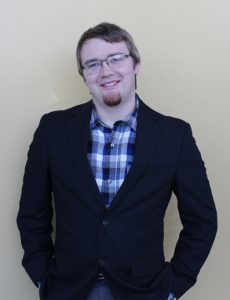 He is committed absolutely and without reservation to the preaching of the Word of God, as it was originally written and understood, and believe it alone has the power to save, change lives, and sanctify our souls.

He is also committed absolutely to the true Gospel of our Lord, meaning specifically the deity of Christ, and the death and resurrection, atonement of His work, calling all men to repent of their sins and serve Him wholeheartedly.

Alex’s wife, April assists with singing during our time of worship to the glory of God.  She has dedicated to spending her life serving our Lord, her family, the church of the saints, and ultimately the kingdom of God.

Both stand humbled with the duty and the privilege to serve the Lord in any capacity He determines for their lives. 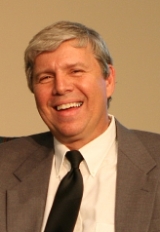 Chuck Bethancourt grew up in New Orleans.  When Chuck was thirty-six years old, by God’s grace he came to an understanding of the truth of the Gospel and was Saved. Until then, he had never studied the Bible.

Chuck followed several well-known pastors but loved the teaching of John MacArthur, who teaches verse-by-verse in an expository manner.  Jesus taught on the road to Emmaus and the apostles said, “Were not our hearts burning within us while he talked with us on the road and opened the Scriptures to us?”  Luke 24:32
Expository teaching brought understanding and excitement to the Bible.

When Chuck and his family relocated, he was unable to find a strong verse-by-verse expository teaching church in the Lincolnton area.  As a result, Chuck joined with several like-minded families to establish Lincolnton Community Bible Church.

Chuck’s greatest desire is to see more people to have a saving relationship with Jesus then to live their lives in God’s Truth, which can only be done if they know and understand what God has said in His Word – the Bible.